3 FACTORS THAT DICTATE HOW MUCH MONEY YOU MAKE

There are so many variations of how much money questions, I’ll address some of it in a bit.

I think we can all agree that Money is an important topic, which is why it only makes sense that I write about it.

At the end of this post, you would be aware of how to increase how much money you make.

But I must inform you that some of the things you’d read in this post may challenge your belief.

So it’s expected if you get jolted a bit; you’ve probably held these beliefs for long, but it’s still limiting nonetheless.

I’ll give you two reasons you shouldn’t save money, more on that in a bit.

I want to tackle some of the variations I referred to in my introduction before I get into today’s post properly.

3 Factors that Dictate How Much Money you Make

I get so many variations of this one question a lot of the time; some people ask this question concerning Facebook, Instagram, Twitter, and LinkedIn too.

It’s a given that YouTube is a massive platform that can help you make much money if you leverage it the right way, but the truth is that it’s not as much about the platform as it is about you.

I often say that we are in a Knowledge-Economy; this means that your earning will depend on the relevance of what you know and how you can monetize it.

We are in a Knowledge-Economy; this means that your earning will depend on the relevance of what you know and how you can monetize it

So before looking for the platform through which you’ll make money, invest in yourself. Get good at a skill in high demand, that’s where to start.

The same applies to investment; some people keep looking for suitable investments when they should instead focus on being the right investors.

An ignorant investor will make a good investment look very bad. Invest your time before you invest your money.

How Much Money to Retire?

Short Answer: You don’t need money to retire, you need assets to retire.

Long Answer: You need to understand that there are two kinds of Money;

It’s this second kind of money that you’ll need in retirement.

In simple terms, you don’t need cash; you instead need assets that will be producing cash flow.

When you are no longer able to exact your physical energy to work, your money must be working hard for you through your assets.

How Much Should I Have Saved?

Focusing on savings alone is a sure way to live through a challenging retirement.

You probably were taught that it’s a smart thing to save, but I’ll give you two reasons why it’s not so smart to save money, and I’d leave you to be the judge of it.

2 Reasons You Shouldn’t Save Money

The Government of every nation through its Central Bank is empowered to print Money; over time, as they continue to print, the value of Money will continue to decrease.

So when you hear things like “the value of the house has appreciated,“; I think it would make more sense if you instead say “the value of my money has depreciated.”

The house owner is practically telling you to give him more money because money has lost some value as a result of Inflation occasioned by the Government’s printing of Money.

If you defined Inflation as a tax you are paying because the Government is printing money, you wouldn’t be far from the truth.

2. Inflation Rate is Higher than the Interest Rate on Saving.

Most banks would pay you an interest in saving money with them, but the interest rate is less than the inflation rate.

In other words, the rate at which your money is losing value is higher than the rate your bank pays you, so you are still losing money.

Over-time, your money will be worth-less and less. Do you get it?

The inflation rate ensures you are losing your savings, and the interest on your savings will still be taxed.

Your savings are a liability to the bank, so they punish you by paying you an interest rate lower than the inflation rate.

So what’s the wisdom in saving something that is losing value?

Your savings should be short term for accumulation to invest in an asset with a return on investment higher than the inflation rate.

3 Factors that Dictate How Much Money You Make

When it comes to boosting one’s earning potential, it’s natural to want to do a lot of things, but if you can laser-focus on these three things mentioned below, you’d be able to increase your earning power with time geometrically.

Let’s get to it already.

It’s the number of people who are also capable of performing any particular job or task you too can do.

The more the people who can perform your job, the lesser the amount you can charge.

The more the people who can perform your job, the lesser the amount you can charge

It’s the amount of specialized skill or education needed to perform the job.

Let’s take the example of a Driver and a Neurosurgeon;

When it comes to competition, not many people can perform the task of a neurosurgeon, unlike drivers, and not much education is required to become a driver, unlike a neurosurgeon who requires specialized training, that’s why the neurosurgeon can command higher fees.

This third dimension changes everything.

This is the number of people around the world which your work benefits.

Leverage in our context means what you can do once, which continuously rakes in cash flow without your physical involvement.

Some Neurosurgeons in the USA make an annual income of about $1 Million, but that’s about it, they do not have a lot of leverage because they can only operate on one person per time.

Of course, $1 Million is a lot of money, but it is not when you realize that you could have earned much more without doing much extra work as a surgeon.

I did a Google search for the term “Richest Doctors around the World” and discovered that of the Top 10 doctors, none was a full-time doctor, in other words, they all were using leverage.

Some of them were Company Founders, Inventors, Authors, or TV Personalities.

These were things they did once and kept on getting cash flow.

My question for you is, “How can you create leverage from the business you are already doing”?

But there’s a fourth dimension to it; it is called PROMOTION.

If you create leverage without a way to promote it, you are still in a losing position.

If you have invented something new, but have not invented an effective way to sell it, you have got a bad deal, no matter how good the leverage is.

You must understand that Money does not like to be pursued; it likes to be attracted. Learn and offer a specialized skill, add a unique twist to your business, and more customers will want to do business with you.

You made it to the end of the post. Congratulation!

Let’s have fun in the comments. What did you learn? What resonated with you the most? Do you have any questions? 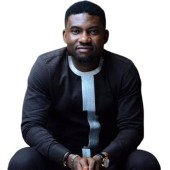 5 REASONS YOU ARE NOT MAKING MONEY ONLINE

Please log in again. The login page will open in a new tab. After logging in you can close it and return to this page.